‘Placemaking’ is no longer a fashionable theory; it’s a basic principle to be adopted in retail property development. We used to think of it in terms of a Town Square, a Court, an alfresco run, a water feature surrounded by seating and so on. Today it’s much more well defined but it’s still got a long way to go.

A recent journal article released by JLL states that, within five years, placemaking is likely to be a key differentiator amongst commercial assets. In 20 years it will define an asset. Our shared priority will be to produce well-balanced and sustainable built environments with which our customers can meaningfully connect.

In his recent tour of Australia, Vincent Zawodny, Vice President of global architecture practice, Callison RTKL, stated that a key trend of placemaking in the 21st century is that nearly seven out of 10 consumers would rather invest in an experience than in a product. For the first time ever, people in the US are spending more money dining out than buying groceries. Restaurant and food vendors have accounted for nearly 45% of all shopping centre expansion over the past five years.

Placemaking is clearly a professional discipline and strategic activity that can add value to and differentiate an asset or whole urban precinct.

So what is placemaking exactly? As a relatively new profession, placemaking has really only come into the mainstream as a design and planning discipline over the past five years. Part of the reason it has become so popular is that it can mean many different things to different people. For designers it can help differentiate the built environment, for those in communications it can clarify the imagery, language and tone of voice for your marketing, for those in centre management it can deliver the framework for programs and events and so on.
Placemaking is a broad term for approaches that deliver shared environments that are more meaningful, attractive and useful for their communities. Formally defined, it is ‘the collaborative process of creating, enhancing and managing people-focused places that respect and respond to the local context; physical, social, political, cultural and economic’.*

A leading example of the use of placemaking to connect human experience to the built environment is that of Barangaroo in Sydney, combining commercial and retail space with entertainment and exhibition precincts including ‘the cutaway’ and publicly accessible parklands. The recent Sydney Festival 2017 event, The Beach, gained widespread accolades for its creativity and inclusiveness.

Likewise, Singapore’s awe-inspiring number one attraction on TripAdvisor, Gardens by the Bay, has reached over 20 million visitors in three years and is in the world’s top 20 for the most checked-in places on Facebook. This venue that contains over a million plants provides an experience that combines photography with horticulture, arts, culture and education. A major attraction is its art sculptures program of over 40 featured sculptures from around the world that connect people with the stories of plants and the world at large. Human interaction is arguably the key component in giving a place purpose and making it relevant and meaningful.

Interestingly, it was shopping centres that were some of the earliest adopters of placemaking as a way to help define a point of difference and enhance the customer experience. With little data to prove their value, placemakers and owners alike relied on the simple premise that, if you could make a place that people enjoyed spending time in, they would stay longer and likely spend more. In a competitive retail environment this was definitely worth trying.

Today there is compelling evidence that the value of place attachment is directly related to economic resilience and GDP growth in towns, and this research can be extrapolated to apply to other environments such as shopping centres. It provides a level of certainty and the opportunity for increased rigour in place-led approaches that can deliver a measurable return on investment for owners and customers.

Two of the earliest placemaking principles and trends that have been applied to shopping centres and are still relevant today are:

1. Public space as the new anchor

From The Grove in Los Angeles to Rouse Hill in Western Sydney, it quickly became clear at the turn of the century that there was a growing shift toward increased urban amenity for customers, providing ‘public’ outdoor places to enjoy their leisure time and support social activities.

This reflected a wider trend away from convenience to experience-oriented purchasing, and a rejection of the overt consumption of goods as a pastime in its own right. Younger shoppers particularly value the unique, engaging and ‘Instagrammable’ experience, and centres that want this market know they need to entertain as well as sell.

The design of the Farmers’ Market in The Grove harkens back to a day when merchants sold their goods in outdoor plazas and courtyards mixing retail with entertainment. Originally an old orchard and nursery, The Grove is a destination and tourist shopping haven since its opening with many of the store fronts reflecting the Art Deco-style, reminiscent of the early to mid-1900s.

Rouse Hill and Castle Hill in particular are being transformed through the arrival of the NW Rail corridor. With added transport connectivity the shopping centres are being redeveloped to serve a broader diversity of tenants and users with services and facilities that have a community focus providing purposeful, richer and deeper experiences.

There has always been a tension between the city retail core and suburban centres. In many cities it has felt that the outlying shopping centres with their ‘captive audiences’, proximity to residential areas, accessibility and high amenity were pulling ahead. More recently we have seen a reversing of interest back to the urban cores reflecting growing populations, the desire for authentic diversity and changes in community values regarding transportation.

Across Australia we are seeing increased investment in city centres that perhaps started with Melbourne Central but has been reflected in Sydney, Brisbane and Perth as well as regional cities such as Wollongong in NSW and Toowoomba in QLD. GPT’s Wollongong Central has seen a significant uplift in the human connectivity with the physical environment delivered through a combination of considered planning with architecture and interiors that draw from the history of the region.

Suburban centres determined to not miss out are increasing the diversity of their offer to include a wide range of services, hospitality and programs that reflect the urban experience. Mirvac’s new Tramsheds development is a good example of creating an inner-city urban space that offers authenticity and uniqueness as well as capturing the heritage of the area.

The pressures and priorities on developing meaningful and connected spaces will continue to evolve. What is clear is the need to create a sense of community that supports human wellbeing, social and cultural cohesion with design that displays innovation, creativity and meaning. Placemaking is the defining element that will help create memorable, unique and enriched experiences of the future. 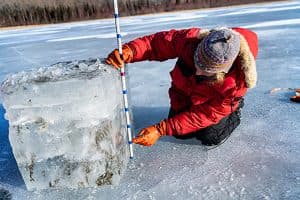 Retail Ready with Colliers: The Evolution of Neighbourhood Shopping Centres