Some in our office reckon Speirs’ papers on retail lease legislation are the best in the issue! The following would be a real laugh if it were fiction; problem is it’s fact!

Now that the New Year has arrived, it is time to award the usual annual prizes for the most idiotic retail lease legislation.

In a crowded field, first place has to go to Western Australia, for its appalling regulation of the minimum 5-year term.

We know that the requirement for a minimum 5-year term is unnecessary, because there is no minimum term requirement in Queensland and NSW, and the sky has not fallen in.

We know that the 5-year term requirement soils WA tenants because, in some cases, lessors will not grant shorter-term leases to tenants who want them, for fear that the tenants will exercise their statutory right to enlarge the term.

But for the legislation, WA centres would be peppered with happy tenants on 3-year deals, employing staff and driving business. The legislation kicks those deals into touch.

And WA does it so badly because, unlike the other jurisdictions, there is no easy way to contract out of the disaster.

In the other jurisdictions, parties can contract out of the minimum 5-year term requirement, by obtaining a certificate from the Small Business Commissioner, or a lawyer, by which it is explained to the lessee that the term is not 5 years.

I know this is the nanny-state on steroids, but at least you can wiggle out from under the 5-year rock.

Not so in the wild west. You only get out from under the bus if the State Administrative Tribunal (SAT) orders otherwise. The SAT can only “order otherwise” if it is satisfied that “special circumstances” exist or “if the circumstances of the case warrant”.

The mere, but important, fact, that both the lessee and lessor want a shorter term, is not of itself a sufficient circumstance. This means that if the parties are happy with a 3-year deal, but the lessor does not want to risk the statutory option, the deal is off.

So the WA legislation positively discourages normal, uncontentious retail business. That sort of stupidity gets you first place in this contest.

Second place in the Stupidity Stakes goes to Victoria. It could feel a bit miffed about not winning, because it was only pipped at the post by the monumental stupidity of the Sandgropers, described above.

The Victorian Act defines retail premises (in part) as premises used for the retail provision of services.

I suspect the intention was to capture retail shops that sold services rather than goods, like travel agents and barbers.

Unfortunately, the Victorian courts have picked up the ball and bolted. We now have the ridiculous outcome that a lease of a large-scale industrial warehouse can be a lease of retail premises. The court does not seem to think it odd that a 4,000m2 warehouse, used for storing frozen turkeys, is a retail shop.

Good to know, when you go frozen-turkey shopping with your friends.

The Victorian courts have applied the Act so that if Speirs Ryan takes a lease in a two storey office building for a 3-year term, we have entered into a retail shop lease. Go figure. I have to wander down to the Small Business Commissioner and obtain a certificate stating that I understand the term is not 5 years.

I cannot think of a better way to spend the taxpayer’s dollar than to fund the Small Business Commissioner in providing that critical advice. Of course, if any tenant does not understand that by agreeing to a 3-year lease, they have not agreed to a 5-year lease, their future does not look bright. They would be likely to fail with Warren Buffett on the team. A meaningless piece of paper from the Small Business Commissioner is not going to save the shipwreck.

Third place goes to Queensland and NSW in a dead heat, for enacting a lease assignment protocol that Albert Einstein couldn’t unravel.

If the waiver notice is effective, whether or not the lawyer provides the explanation, why do we legislate for the lawyer to provide it? Legislation like that makes me proud to be Australian.

NSW employs an equally complex procedural cha cha. Explaining how it all works to a client is like trying to teach Urdu to a wombat.

Guys! Listen up. We just want to assign the lease. Why do you have to make it so hard?

You could throw a blanket over the rest of the field. Honourable mentions go to all jurisdictions for imposing disclosure routines in which you can’t find the forest for the trees, and for regulating core trading hours without reference to the way in which shopping centres actually trade. SCN 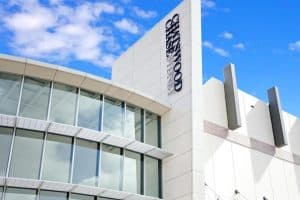 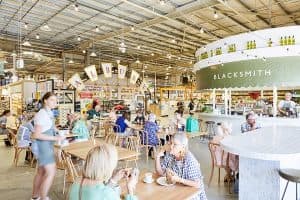 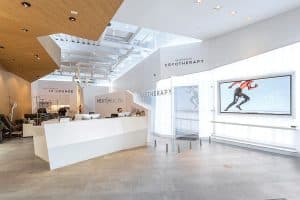 Big Guns 2019
Assignment of the lease can be Machiavellian
Comment