When reading Robert Speirs’ articles one never knows whether to laugh or cry! Laugh because it’s hard to believe that bureaucrats and politicians could be capable of drafting the Retail Lease legislation we’ve got, and cry because they have. In NSW they’ve just tabled the Retail Leases Amendment (Review) Bill 2016; read on…

Not to be outdone by the banana-benders, the NSW government has tabled the Retail Leases Amendment (Review) Bill 2016.

It is yet another essay in turd-polishing.

Just look at the overview of the Bill. It tells us that the objective is to give effect to a host of recommendations arising from a statutory review including (at para (d)) to exclude from the definition ‘retail shop’, premises used as vending machines, public telephones and private post boxes (to pick a few of the exclusions).

You know your Act is a shambles when you have to amend it to ensure that a private mail box is not confused with a retail shop.

It gets worse when you actually read the list of exclusions in Schedule 1A to the Bill.

Communication towers and renewable energy storage batteries are also excluded. I am surprised they forgot to exclude public toilets, the boot of my car and the doily on Nanna’s couch from the definition of ‘retail shop’.

I mean, how many happy hours have we all spent shopping at the renewable energy storage battery?
Experience has shown a litany of unintended consequences from the drafting of the legislation, now evidenced by a need to exclude communications towers and batteries from the definition of a retail shop. The amendment can only mean that someone, somewhere, thinks that they are currently shops.

At the same time, the legislation is still grappling with the definition ‘retail shopping centre’. The NSW Bill removes the ‘office tower’ exclusion, while Queensland has just enacted arbitrary rules about when levels of a multistorey building qualify as a retail shopping centre.

(Queensland otherwise more or less has the same definition of a retail shopping centre as NSW.) But the NSW Bill does not propose the same qualifications just introduced into Queensland.

Doesn’t exactly fill you with confidence.

What these definitional challenges point to is a lack of clarity about what we are regulating.

The problem stems from the back-of-envelope drafting of the original Act in 1994, accompanied by a lack of analysis and a lack of informed industry consultation.
And what this suggests we need is root and branch surgery, not the trivial nit-picking the Bill delivers.

Might it not be a good time to step back and think about what needs regulation in the retail lease context?

Proponents of the legislation speak to the need to protect small tenants from expropriation by street-smart landlords. The definitional agony described above has nothing to do with the attainment of that primal objective.

If anyone needs protection under retail lease legislation, it is these businesses, not the muscled-up national tenants, international retailers, and listed companies, all of whom know how to rumble.

So why does the industry have to put up with legislation that defines who is protected or not by reference to irrelevant and arbitrary benchmarks that have been plucked from who knows where?
At present we are regulated by reference to the area of the shop, or the amount of rent payable or whether or not you are listed, or whether or not you are in a retail shopping centre (unless you are a battery etc), depending on the State in which the shop is located.

If we simply regulated those in need, we could jettison all this definitional baggage, and make the industry far more efficient. Industry participants waste a lot of time working out if they are in or out depending on jurisdiction.

The NSW Bill spends a lot of time doing not very much.

For example, it introduces a new section 3B, which delivers the shattering insight that the Act applies to an agreement for lease in the same way it applies to a lease.

Well, welcome to the BBQ. Put the snags on the fire and open your first beer. No matter that the industry has already finished the pavlova and started on the port.

The industry has applied the Act to AFLs since inception. This is because the definition of ‘retail shop lease’ has always applied to “any agreement under which a person grants or agrees to grant a right to occupy premises for use as a retail shop” (emphasis added). An AFL is obviously such an agreement.

In addition to adding the new section 3B, the Bill now repeals the emphasised words in the previous paragraph.

This seems to have the effect of taking one step back and one step forward. We are in exactly the same position we occupied before the amendments.

The Bill expends a lot of energy amending the provisions about security bonds. I doubt if anyone cares. Because of the legislation, the security bond is now on the endangered species list.

But the Bill also sticks its beak into bank guarantees for the first time. It requires landlords to return them to the tenant within two months after the tenant has fulfilled the obligations for which the bank guarantee was given as security.

Helpfully, a landlord is not required to return a bank guarantee that has expired or been cancelled (s 16B(2)). Is this sort of useless regulation really necessary? It is like regulating people who buy fish, to the effect that they need not return the bones to the supplier, after the fish has been eaten.

Apart from the nit-picking detail, the Bill is not all bad news.

Thankfully, it repeals section 16, which created the minimum five-year term. In so doing, it follows Queensland’s lead.

We should be glad to see the back of this curse, but angry because it has taken 23 long years to work out that the requirement is both idiotic, and a major inefficiency.

I just hope the brains trust in WA is watching. I single out WA, because it has turned regulation of the minimum five-year term requirement into a bureaucratic art form.

And you have to ask, if NSW and Queensland retailers can live without a minimum five-year term, why do those same retailers need it in Victoria, SA, WA and the other jurisdictions?

These jurisdictions all require a host of certificates and approvals, merely because sentient industry participants want to contract for a three-year term. Hard to find a winner in that process.

And it’s hard to get excited about this new Bill. It delivers one meaningful reform in what is otherwise a sadly familiar ritual in government by hypocrisy. “Cut the red tape” is what every politician promises, while at the same time regulating the retail industry to a standstill. 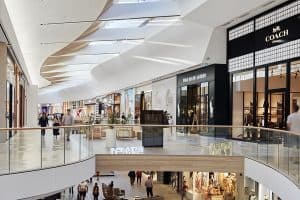 Change – how will it affect you? Amendments to the Retail Leases Act 1994 (NSW)
Retail subleases are rarely what they seem: are you adequately protected?
Comment