“Cinemas are dead” was the common headline when TV arrived. Of course, that was the black and white version; it proved to be a false prophecy. When colour came along, the cinema doomsayers came out again! Next it was the video recorder; yes, cinemas really are finished. Then came the internet and the ability to stream films online and so on and so on… Cinemas are now stronger than they’ve ever been.

Technology is disrupting most industries and retail is undergoing significant change as customers seek out ways to personalise their shopping and entertainment experience.

In the game of bricks-and-mortar, the ‘good old cinema’ has been a staple for entertainment in Australia for more than 120 years. Bold proclamations about the ‘death of cinema’ have been made on many occasions; the advent of television in 1956, the arrival of colour TV and video recorders in the late 1970s, the arrival of pay TV and internet in the 1990s and, most recently, the introduction of streaming video on demand (SVOD) with the likes of Netflix.

Despite this, global cinema continues to set new box office records ($53 billion in 2018) on an annual basis. While much of this can be attributed to developing markets such as China, where they now have more screens than the US, there is every chance the Australian cinema industry will reach a record box office year of more than $1.2 billion in 2019.

Australian cinema is undergoing the biggest build and refurbishment program the industry has seen since the arrival of the multiplex in shopping centres in the mid 1980s. Over the past three years alone, 13 new cinemas have been built by the five major exhibitor groups.

In addition to new cinema builds, significant capital has been invested into redefining the modern cinema experience – the sector is entering a ‘new golden age’ with better customer experiences and greater investment in blockbuster content.

On the refurbishment front, HOYTS has led the way, revolutionising the sector by introducing powered recliner seats to its general admission cinema auditoriums, thus lifting the customer experience in cinema to new heights.

The HOYTS circuit was fairly run down and in need of a facelift. Our new owners, the Chinese-based Wanda Group, approved a capital program that has allowed us to invest more than $250 million into our cinema business during the past four years. Our sister company, AMC in the US, had introduced recliner seats into their cinemas and had some good success. They shared key learnings that helped us get it right from the start. We have completed more than 80% of our 54 cinemas in Australia and New Zealand and many of the remaining cinemas will be refurbished once lease renewals are completed. We have also completed four new builds in the past few years with every cinema seat now a powered recliner.

Our vision for our business is to invent the future of cinema. When we renovate a site, we know that it must be relevant for the next 10-15 years. Consumers want a great experience. They want comfort and they want convenience.

While current research suggests that those with Netflix and other SVOD services are also avid cinema goers, we would be naïve not to recognise that this could be a longer term threat to our industry. It is the same as traditional retailers facing a challenge from online shopping.

That is why we are focused on customer experience and ensuring our physical cinemas offer the best possible environment and our staff are there to facilitate that experience. While we don’t make the movies, as box office grows the studios are committed to investing in better big screen content.

Our success from the refurbishment program could not have happened without strong cooperation and support from shopping centre owners.

The rise of more sophisticated entertainment and leisure precincts within major shopping centres has been a win-win for cinema operators and landlords.

While all our cinemas have seen a solid uplift from recliner seating, it has been the sites that have incorporated entertainment, dining and leisure hubs that have seen the biggest uplift.

We built a new cinema in the Vicinity Centres’ and Gandel Group owned Chadstone development, which opened in late 2015. When we closed the old cinema, it was number 12 in box office in Australia. Today, Chadstone sits first or second in box office along with Event at George Street in Sydney. It truly represents the definition of the cinema of the future and features our premium cinema offering HOYTS LUX as well as our Xtremescreens with Dolby Atmos and laser projection. We also recently completed major renovations of cinemas in Carousel in Perth and Tea Tree Plaza in Adelaide. Both are Westfield sites and incorporated new entertainment and leisure precincts. They represent the future of the retail experience, providing stronger and consistent foot traffic through extended hours. The cinema helps attract people to restaurants and vice versa.

HOYTS is redesigning the cinema experience beyond the old popcorn, Coke and choc top staples; it’s at the forefront of ensuring customers have the best possible experience with the digital journey before, during and after the cinema visit.

We want to give people the option to recline and have a wine or beer and hot food if they choose to. We have licences throughout most cinemas now and have been expanding our hot food choice in mainstream. HOYTS LUX premium cinemas have joined with celebrity chef Manu Feildel to create an array of food that can be delivered to your seat during the movie.

HOYTS recently launched its new native app, which allows consumers to purchase their favourite candy bar treats to be available for pick up on arrival to avoid queuing.

Our mission is to deliver great customer experiences. We have come a long way in the past few years and have enjoyed good market share growth in a highly competitive sector, but we are not resting on our laurels.

We have a pipeline of new developments and further renovations over the next few years. We are in the process of building a new cinema at Karrinyup in Perth with AMP Capital, which will be a new benchmark in excellence.

We are also launching into the Australian market the all new DBox cinemas at four sites this year. This will feature luxurious powered recliner seats with state-of-the-art motion technology. I tried this out in London earlier this year. It is a great way to watch the movies. 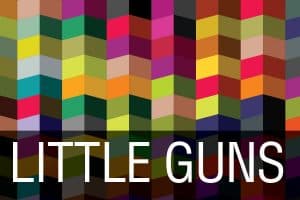 Director – Property & Business Development, The HOYTS Group.
Tyrone is a property professional with twenty-three years international experience. Tyrone has held a broad range of roles including development management, asset management, property management, finance, acquisitions, sales and leasing. A collaborative leadership style with a reputation for building exceptional stakeholder relationships in order to achieve results.
Since 2014 he has been Director of Property and Business Development at The HOYTS Group. Tyrone is a key member of the senior leadership team that is repositioning of the portfolio through the recliner refurbishment programme and Lux rollout, securing a pipeline of new cinemas and working on new concepts to grow market share and EBITDA for the business.