Lendlease shopping centres nationally have temporarily transformed into art galleries with the launch of a new digital exhibition of artworks by Indigenous artist, Barbara Mundraby. The exhibition is open until 31 December and is part of Lendlease’s strategic partnership with leading Indigenous-owned fashion brand, Mainie. The series of six vivid artworks will be on display at Brisbane Showgrounds and 10 Lendlease shopping centres across the country – from Lakeside Joondalup in Western Australia, to Craigieburn Central north of Melbourne, to Macarthur Square and Erina Fair in New South Wales and Sunshine Plaza, Caneland Central and Cairns Central in Queensland.

Barbara Mundraby is a respected Yidinji Aboriginal artist from Cairns in Far North Queensland, with close family ties to the Yarrabah Aboriginal community near Cairns.

The artworks, inspired by the unspoilt natural beauty of the reef and rainforest of Ms Mundraby’s traditional Yidinji homelands, will likely reach more than 27 million customers during the 15-week exhibition. Journey of a woman’s strength

In 2016, Lendlease established a strategic retail partnership with Mainie that culminated in the opening of a boutique located on the ground floor of Cairns Central.

Mainie is an Aboriginal owned, ethical, fair-trade fashion and giftware brand of silk garments and accessories that have been digitally printed with authentic Aboriginal artworks from Central Australia and Queensland. Royalties from Mainie sales are paid to the Aboriginal artists in accordance with the Indigenous Art Code.

“This partnership is a great example of our ongoing commitment to reconciliation, and aligns with the goals set out in our Elevate Reconciliation Action Plan.” said Horwitz 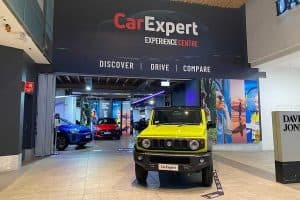