Australian retail turnover rose 3.3% in July 2020, seasonally adjusted, according to preliminary retail trade figures released by the Australian Bureau of Statistics (ABS). In a very positive result, turnover rose 12.2% when compared to July 2019. Perhaps the double-digit rise indicates the return of spending after closures, increased JobKeeper payments fuelling the retail industry or superannuation withdrawals being spent on retail, leisure and decretionary spending.

In July, Victoria had returned to Stage 3 lockdown and will experience a sharp decline impacted national results from August onwards. The ongoing consumer sentiment is also in question as the government makes decisions on important subsidies such as JobKeeper and JobSeeker. The results will also be varied across geographical regions as CBD retailing feels the effect of less CBD office worker populations and tourism impacts.

Ben James, Director of Quarterly Economy Wide Surveys said: “Retail turnover rose in all states and territories except Victoria in July. The rise across the rest of the country was driven by continued strength in household goods retailing, and the recovery in cafes, restaurants and takeaway food services, and clothing, footwear and personal accessory retailing.”

Food retailing saw a rise of 1.2%, with supermarket and grocery store turnover elevated in Victoria especially, with spikes in sales of non-perishable items evident in July.

National Retail Association (NRA) CEO Dominique Lamb said that while the preliminary figures are very good, the road to recovery will remain a long and arduous one.

“The results are certainly very good, but we need to be mindful that we are operating in an incredibly volatile time. There’s a lot that’s still to play out and there are myriad variables at play. The key question to ask is ‘how long will the good times last?’ subsidies such as JobKeeper and JobSeeker will have to end eventually and the events in Victoria demonstrate that a second-wave is possible in any state,” said Lamb.

“We still only have around 80% of shopping centre stores trading and the drop in tourism dollars from international and domestic border closures are bound to have an impact. The point isn’t to talk down these good figures, it’s to remind everyone that things can change at any minute and these results do come off the back of temporary government assistance,” she said.

Australian Retailers Association (ARA) CEO Paul Zahra said the positivity of early July was curbed by Victorian restrictions later in the month, which led to it being the only state to record a fall, with a decrease of 2%.

“We anticipate remaining in a two-speed retail economy for much of the year, with Victorian retailers the main outlier in an otherwise strong result,” said Zahra.

“Anecdotally, online sales remain elevated, which suggests online shopping habits developed over the initial lockdown are becoming permanent. The ARA strongly advocated for online trading to remain in place within Victoria and it’s heartening to know that many retailers have strengthened their online presence and sales. This provides an important hedge against store closures and lockdowns”, he said.

“While there is a lot to feel positive about in the July results, discretionary retailers and those in CBD, tourist locations and of course within Victoria, continue to face vastly different outcomes to those in essential and household categories. We are encouraged by these numbers, but also mindful that retail spending will be impacted by the tapering off of current benefits such as JobKeeper and JobSeeker, along with a related rise in unemployment in the coming months,” he said.

Zahra said JobKeeper 2.0 and Victoria’s rent relief scheme will provide a lifeline for retailers in the hardest hit locations and categories.

“We applaud Victoria’s leadership in extending the tenancy support schemes until the end of the year. The pandemic is far from over and we are keen to see other states and territories follow suit. Discretionary retailers around the country are still suffering from weak economic conditions, and retailers in CBD and tourist locations face a grim future – we won’t see their recovery for some time and they will need support,” Zahra said.

“The October to December quarter will make or break many retailers, with stores relying on a strong Christmas trading period to support their recovery,” Zahra concluded. 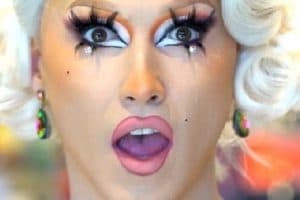 Priscilla – Queen of the Chase

Spring is in the air at Narellan Town Centre