Our Cover Story this issue deals with CBD retail and the DEXUS initiative in forming a specialised CBD retail team to regenerate shopping at the base of their commercial towers. On another front, Angus Nardi, Executive Director of the SCCA discusses the work done and the current status on the topic of disclosure of retail turnover figures by tenants in shopping centres. Admittedly, although drawing a long bow, the two issues are connected!

The CBD consumer is like no other – the demographic of the trade area is unique. Nowhere else is there such a broad and varied church of consumers. The very richest in our society are part of the CBD market and so are the poorest, with every level in between also represented.

Major city CBDs are representative of the nation as a whole: here, we see its people, their values, their standards, their culture, their habits, their wealth, their shortcomings and their aspirations. In addition to all of this, CBDs are also reflective of the standard of prevailing authorities, of governments both national and provincial, of city councils and metropolitan jurisdictions.

In the so-called ‘free world’, the world of capitalism, there is another entity which contains a broad church of commercial participants: the shopping centre! Here we find the largest and most powerful retailers in the nation, the country’s largest employers, trading alongside the tiniest and most vulnerable, the sole trader, owner-operated small business. Every type of retail business in between these two extremes has representation. Retail Lease legislation again reflects the standard of prevailing authorities, of governments both national and provincial.

In Sydney at the present time, we are witnessing some very poor legislation in regards to retail which, in turn, reflects a lack of government standards, of professionalism and of expertise in relation to retail in its widest form. The current crackdown on the issuance of liquor licences in the city is indicative of a government out of touch with reality.

Less than 25 years ago CBD retail, at the base of office towers, consisted primarily of sandwich shops, fast food outlets, a post office here and there, a newsagent along with a smattering of services such as a dry cleaner, an optometrist and, to top it off, the odd small fashion retailer. Business was brisk from 8am peaking at lunchtime with the majority of shops closed shortly after 3pm.

Times change. Today, major city CBDs have restaurants at the base of office towers. Some are fine dining, others bistro format; there are international brand restaurants, speciality eating houses; there are cocktail bars, cigar bars, whisky bars, wine bars. As our tastes and habits change, so does our culture. These businesses cater not just to the city worker but also to the new city residents. In New York, apartments are being built without kitchens in response to a market that eats all three main meals a day outside their residence. In many cases, peak business times are now from 6pm onward as the very nature of CBD retail and indeed the CBD way of life, changes dramatically.

We all understand the good intentions of our state government in trying to curb the excesses of alcohol-related incidents in our city, but there’s a line to be drawn between good policy and that which is knee-jerk reaction to minority pressure groups. Good government and good policy require more than good intentions. There is a surefire, absolutely certain way to totally eradicate domestic drowning – ban private swimming pools. Effective yet socially irresponsible!

If Sydney is to maintain its status as a world-class city, then it must be allowed to embrace the new norms, new trends and emerging shifts in our cultural behaviour. Laws that stifle innovation, rules that prevent enterprise, and regulations that curb expression of new ideas will result in our city’s stagnation and we will all lose.

The issue is not confined to laws governing alcohol. The ‘Heritage Mafia’ is thriving. Constraints placed on the alteration of heritage buildings are, in many cases, in direct opposition to the outcomes they are supposed to prevent. No clearer example of this exists than Sydney’s Rocks area. The Rocks is the birthplace of our nation; it should be a showpiece of our city and a reflection of our pride in our history. Its retail ought to be the best – housed in these earliest structures, it should be a magnet to both residents and visitors. As it stands, under the governance of the Sydney Harbour Foreshore Authority, its retail is a disgrace, in the main – not even third rate.

Commercially, retail property in The Rocks is grossly underperforming, due not just to totally incompetent management, but heritage mafia constraints that constrict the operations of 21st century retail businesses. Lessons of the past have not been learned.

The preservation of historical and heritage buildings requires compromise. Fastidious and microscopical attention to irrelevant detail often prevents the flow of acceptable commercial returns. When that happens, these buildings become vulnerable to insensitive, uncaring and greedy regimes. It was not too long ago that the whole of The Rocks was about to be razed to the ground by the Askin Government; the bulldozers had already moved in, and were it not for the supreme action taken by Jack Mundy, nothing would have survived. It is a mistake to think that this could not happen again!

Alcohol laws and heritage laws are difficult. Government is difficult, but it is measured by how well it responds to difficult issues. Neither singular or authoritarian edicts, nor the complete handing over of responsibility to other bodies such as the Heritage Mafia, is the answer. That is simply a renegation of responsibility.

There are similar points to be made on the subject of turnover disclosure. Politicians advocating change are undoubtedly well intentioned but, again, good intentions are often at loggerheads with good outcomes!

Do away with the provision for turnover disclosure and the mind boggles at what could result. A sole trader – a butcher for example – is doing well; he has competition – not just the supermarkets but one other butcher a few shops away. A vacancy occurs and a third butcher applies, willing to pay a high rent.

Those championing the cause of ‘non-disclosure of turnover statistics’ should be careful of what they wish for. The most common mistake of those who support this non-disclosure lobby is that of confusing turnover with profit. A retail business with a turnover of $1.0million from 100m2 might make a profit of $100,000; another business in an identical line with an identical area might make a profit of $150,000 from a turnover of $870,000. The latter may well have a capacity to afford a higher rent than the former!

Markets determine rental levels, not turnovers or even profit. Turnover statistics give responsible management the tools to decide market mixes; they provide management with the capability to judge market demand and to measure, to some extent, the relative performance of the retailer. All that leads to proper, effective, professional management.

Do away with it and anarchy raises its ugly head. Be careful what you wish for! SCN 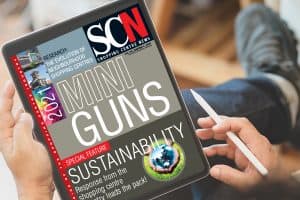