The Shopping Centre Council of Australia (SCCA) and the National Retail Association (NRA) have jointly welcomed the determination by the Australian Consumer and Competition Commission (ACCC) to re-authorise the Casual Mall Licensing Code of Practice for an additional ten years, the longest extension since the Code’s inception in 2007.
The Code ensures short-term ‘pop-ups’ in common mall areas benefit centre owners, retail tenants and ‘pop-up’ retailers while ensuring no unreasonable introduction of competitors. Australian shopping centres have on average 15 casual mall sites, with 20 bookings per site per annum, and an average ‘pop-up’ time of 23 days.
SCCA Executive Director Angus Nardi said the ACCC’s ten-year extension was an endorsement of the Code’s effectiveness as a framework for enabling fair and balanced outcomes and its overall public benefit.

“The ten-year extension acknowledges the important role pop-up retail plays in shopping centres and celebrates the unified approach of retailers and landlords to enable dynamic and evolving offerings for consumers,” said Nardi.

“We thank the ACCC for their courtesy and professionalism in engaging with us on this issue,” he said.


The Code, which allows businesses to occupy space for a maximum of 180 days, often referred to as ‘pop-up’ stores, supports retailers with permanent space in shopping centres to increase their footprint during busy sales periods (eg. Christmas), and offers incoming retailers and start-ups a cheap and effective point of entry to shopping centres, allowing them to benefit from the foot traffic through centres while gaining experience on a trial basis before taking up longer term leases.
NRA Chief Executive Dominique Lamb said the extension of the Code would be celebrated by the nation’s retailers who have enjoyed the successes of pop-up retailing:

“Since inception, the Casual Mall Licensing Code has played an important place in enabling retailers to expand their footprint during busy periods and act as a springboard for small businesses to access and test target markets with a lower cost and lower risk,” said Lamb.

“As we emerge from the pandemic, pop-ups will continue to play an integral role in allowing start-up businesses to upscale into shopping centres, supporting the continued growth of the Australian retail sector.”


The Casual Mall Licensing Code of Conduct has been authorised by the ACCC on the following previous occasions: 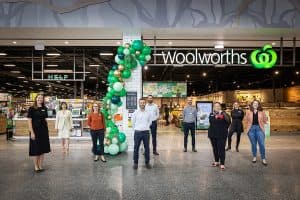 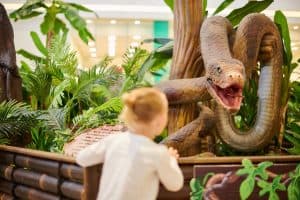