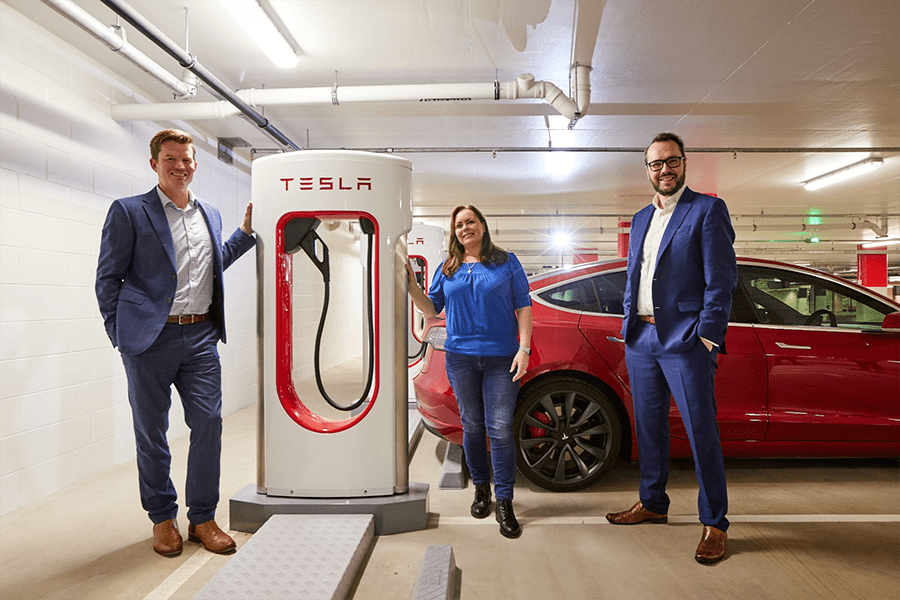 West Australian Tesla drivers are set for a boost with the arrival of Perth’s first Tesla Supercharger station.

Set to be the first in the Perth metropolitan area, six new Superchargers will go live at the new-look Karrinyup in the coming weeks as part of the centre’s first official unveiling following an $800m development which AMP Capital is managing on behalf of UniSuper.

Tesla’s Supercharger network is the world’s fastest charging network, with stations conveniently located near desirable amenities like shopping centres, restaurants, and WiFi hot spots. The V3 Supercharging technology provides up to 275 km of charge in 15 minutes for Model 3.

Following a series of first to Perth retailer announcements, AMP Capital’s Divisional Investment & Development Manager WA, Scott Nugent, said that the installation of Tesla Superchargers is another major milestone moment for Karrinyup and that the technology is simple and convenient for customers to use.

“We’re committed to creating something exceptional at Karrinyup which cannot be found anywhere else in Perth. Delivering Perth’s first Tesla Supercharger station means that our customers can now enjoy the experience of recharging their Tesla vehicles while shopping, dining, or spending time with friends and family at Karrinyup.

“Karrinyup’s truly innovative mix of retailers and services means that everything from family entertainment, to celebrated fashion and lifestyle, to everyday convenience can now be found under one roof.”

Mark Tipping, President of the Tesla Owners Club of Australia, said that the club is delighted about the arrival of the first Supercharger station in Perth.

The Tesla Supercharger station will be open to the public by early August, coinciding with the major launch of Karrinyup Stage One, which will celebrate the opening of over 60 new stores at The Fresh Market and Karrinyup’s urban fashion offering – The Loop, Ground Level.

Karrinyup is set to be one of the most significant new retail openings in Australia and will deliver a comprehensive mix of flagship brands under one roof spanning beloved fashion and lifestyle retailers in addition to leading entertainment and food and drink venues.

The Loop, Ground Level will deliver an urban hub with sporting brands, streetwear and lifestyle retailers. Among the stores to expect will be Cotton On Mega, Rebel, Hype DC, Nike, adidas, Hurley, Boardriders and Platypus alongside a large format JB HiFi.

A host of Western Australian talent will be heading to Karrinyup Shopping Centre to celebrate the launch of stage one of the new-look centre, from Thursday 29th July.

Karrinyup shopping centre will open in its entirety in late 2021, with the final stage set to see the completion of two levels of premium fashion and lifestyle brands across The Loop in addition to the dining and entertainment precincts. At completion, the overall development will offer approximately 290 retail stores.