What isn’t there to like about that? Not only do employees get paid more, but the number of jobs available just magically multiplies! Unfortunately, as any small business owner knows, this argument is not in any way, shape or form grounded in reality.

Upping the minimum wage by a whopping 7.2% (a record high increase) on the surface may seem very appealing to employees across all industries. However, even minor scrutiny demonstrates that the proposal is unaffordable, based on an overly-simplistic and flawed logic, and will cost jobs rather than create them.

Naturally, any increase to the cost of labour makes employing someone more expensive and therefore more difficult to do. A rise in the minimum wage for retail employees is utterly pointless if workers have their shifts cut or lose their jobs altogether due to businesses being unable to afford the increase.

Foisting a $50 a week increase on mum-and-dad small business owners would just impose yet another onerous burden on the shoulders of retailers whom are already straining to make ends meet. The proposal smacks of something dreamt up by someone who’s never had to pay wages out of their own pocket and are ignorant of the realities of running a small business. Put simply, the ACTU proposal would crush jobs rather than create them.

It’s also worth noting the logic that underpins the proposal – increasing the minimum wage provides workers with more money, in turn creating more jobs across the economy – is utterly flawed. Putting aside that the increase is unaffordable for many retailers, this line of thinking suggests that the panacea to unemployment levels is to simply increase the minimum wage. If this were true, why stop at a $50 a week increase? Why not jack it up further if everyone is better off with a higher rate of minimum wage.

Retail employers are not charities who are able to dosh out more and more cash. Of course, there needs to be a rate of minimum wage that balances what is affordable to employers while also providing employees with a liveable wage.

But it is worth noting that Australia has one of the highest minimum wages in the world and while in an ideal world everyone would always like it to be higher, the claims that the current rate is unfair is manifestly untrue.

What has also been staggering has been the ACTU’s attack on the independent umpire for workplace relations laws – the Fair Work Commission. It was implemented by the previous Labor Government – with the support of the ACTU – but now that it has brought down some decisions not amenable to the union movement it has come under heavy assault.

The NRA has not agreed with every decision that the Commission has handed down, however, we’re committed to working with the independent umpire to achieve outcomes that are conducive to a prosperous retail sector.

A giant increase to the minimum wage may be popular, but that doesn’t change the fact that it jeopardises the very jobs of employees whom the ACTU purports to represent.

The best way to foster job creation in retail is to remove barriers that disincentivise employers hiring new staff, not unaffordable and fanciful proposals to dramatically increase the minimum wage. 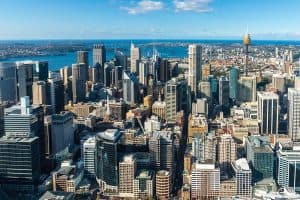 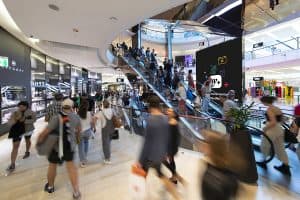