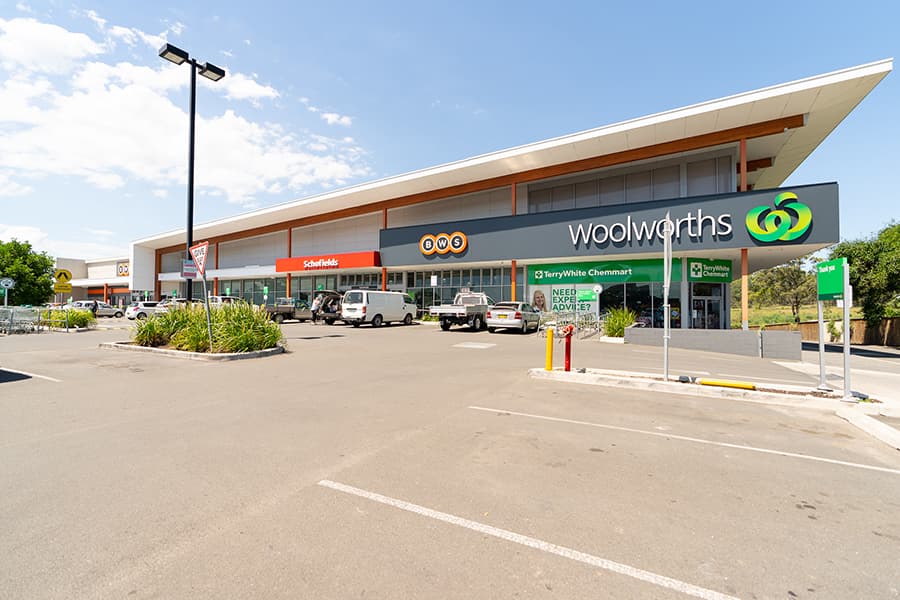 A Woolworths shopping centre located in a rapidly evolving northwest growth corridor of Sydney has sold to a private investor for $37.5 million.

The modern centre, located in Schofields, is anchored by a full line 4,245m2 Woolworths supermarket and is supported by essential service specialties including BWS, Terry White Pharmacy and a café.

The off-market transaction was negotiated by Harry Bui and James Wilson of Colliers on behalf of Firmus Capital, a Singapore-based investment manager who is active in and has a portfolio of commercial office and neighbourhood retail properties in Australia.

“A competitive ‘off-market’ negotiation resulted in strong interest from local and offshore investors who were attracted to the convenient centre’s high percentage of income secured by a high performing Woolworths Shopping Centre, combined with its strategic location in the rapidly growing North West Sydney growth corridor,”.

The centre occupies a 1.184-hectare site directly opposite Schofields Railway Station and sold at a GLA rate of $8,378 per sqm.

In 2021, Colliers recorded $2.5 billion in neighbourhood shopping centre transactions, which was an increase of 58% on the previous year. The average cap rate compressed 74 basis points over the same period as an increasing number of private and institutional investor mandates target essential service investments anchored by supermarkets.

“The $37.5 million price point attracted a wide range of both local and overseas investor mandates, especially given the long-term development upside afforded by the Sydney metropolitan site,” Bui said.

“It was the high net-worth investor’s first shopping centre acquisition, highlighting the new wave of private capital from Vietnam and South East Asia countries which Colliers are engaging with to acquire essential service retail investments.”