ANZ, Commonwealth Bank of Australia, Westpac, IBM and Scentre Group have announced the expansion of a successful blockchain platform, Lygon, that reduces the time to issue a bank guarantee from up to one month to one day – changing the commercial banking landscape in Australia forever.

When a retailer wants to lease a property to open a store, the landlord requires a bank guarantee that says, “You’re good for the rent.” Each year/ each time the rent changes, a new bank guarantee is required from the bank. Traditionally, this process has been manual, paper-based and cumbersome – often taking up to one month to complete.

About 11,500 retailers in Australia and New Zealand who rely on this tedious and costly paper guarantee process will benefit from the new ‘Lygon’ platform developed by IBM, three of the Big Banks (ANZ, CBA and Westpac) and Scentre Group.

The platform completed a successful pilot last year with more than 20 Australian companies, proving it could significantly reduce the risk of fraud across billions of dollars guaranteed by the banks while also decreasing the potential for errors.

Lygon Chairman Nigel Dobson said, “The commercialisation of the Lygon platform represents a significant milestone for blockchain technology in Australia and globally.

“We’ve gone from a proof of concept to a newly incorporated company and commercially available platform in two years – at a time when the demand for digital has never been stronger.

From September, early adopters will be able to join and use the platform to save time and reduce fraud risks.

“In digitising a bank guarantee, we’ve essentially transformed a three-way contract. We’ve digitised the paperwork, the process and the legality behind it,” Dobson said.

Running on IBM public cloud, the Lygon platform is designed as a new piece of infrastructure at the crossroads between finance and technology. It looks to pain points across the whole business ecosystem that could not be solved by the participating organisations in isolation.

Following a successful pilot in July 2019 among a test group of more than 20 Australian businesses, Lygon successfully onboarded new applicants to the platform in less than 15 minutes and supported a number of other common bank guarantee processes including amendments and cancellations.

“We were pleased to demonstrate a range of improvements to the bank guarantee process, including a significant reduction in the risk of fraud across billions of dollars guaranteed by the banks, decreasing the potential for errors and increasing the speed of execution,” said Dobson.

Men’s fashion and formal wear retailer, MJ Bale, was among the businesses who participated in the pilot.

“Lygon improves real-time management and visibility of status and lifecycle changes and provides reporting capability of the entire guarantee portfolio across multiple banks and major landlords. We are confident that Lygon will provide benefits to any company that uses bank guarantees as the costs, risks and delays associated with physical documents are eliminated,” said Laura Li, Head of Finance, MJ Bale.

“During the pilot, Lygon was easy to use and had an intuitive interface. All interactions with the parties involved in a guarantee transaction including agreement on the terms are done electronically without any requirement for physical paper so guarantees can be issued and stored in a matter of minutes, saving a significant amount of time,” said Simone Rutherford, Finance Manager, Gazman.

With the commercial launch of Lygon comes the next stage of development to expand the range of digitised bank guarantees it provides to customers and to explore expansion into New Zealand and other international markets. These developments are expected to enable the transformation of entire business processes for customers with operations in multiple countries and with cross-border guarantees that are more commonly used for trade.

“Now more than ever, customers want simplicity, an improved experience and greater security. Lygon’s inception and development is grounded in these needs which extend beyond our existing customers to every industry,” said Dobson.

The platform will be open to the general public, along with new features, in early 2021. 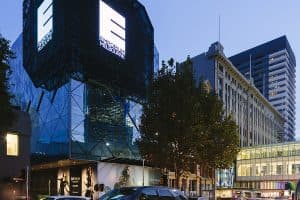 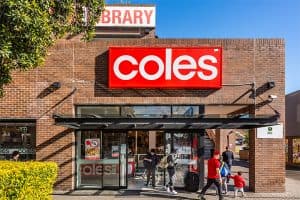 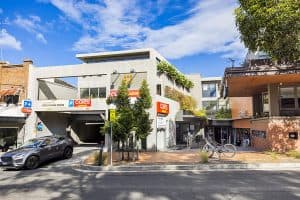