Each time I come to write this column, it seems that I’m reflecting on an even bigger year than the previous one passed. 2015 was a year of great progress for AMP Capital Shopping Centres (AMPCSC), as we pushed ahead with our $2.8-billion development pipeline. With three major centres currently going through various stages of redevelopment – Pacific Fair, Garden City and Karrinyup – we have a lot to deliver this year, and I am confident that the hard work undertaken in 2015 has set us up for great success.

With the global retail industry evolving at a rapid pace, it’s important that we continue to adapt and innovate to ensure we are creating unique destinations that will meet future demand. This concept is at the core of our placemaking strategy, which is a priority across every AMP Capital retail development. The goal of this strategy is to ensure our centres are authentic to their local audiences, both now and in the future. This has led to an exploration into mixed-use developments as well as an increased focus on food and dining options in our centres, in line with our shoppers’ changing expectations.

Overall, our primary focus for 2016 will be on creating inspiring shopper experiences right across our portfolio of centres, and in doing so deliver value to our customers, retailers and investors.

Despite many doomsday predictions, the Australian economy continued its transition in 2015. While we experienced strong headwinds from the sharp fall in mining investment and commodity prices, other parts of the economy have started to pick up some of the slack. In some welcome news for those of us in the shopping centre business, retail is one area in particular that has seen solid growth.

Contributing factors to the current economic climate include interest rates being cut twice last year – to an all-time low of 2.00% – and the fluctuating Australian dollar, which fell by 10% in 2015 and is currently hovering at $US0.70. The TWI (Australian Dollar Trade-Weighted Index) also fell over 5%. In addition, the ABS reported year-on-year MAT sales growth of 4.2% to November 2015. The Consumer Sentiment Index had a tumultuous year, reflected in the volatility of the stock market and an increasing number of newspaper headlines about the economic uncertainty in Europe. That being said, the year ended on a high with the index finishing at 100.8, indicating that the optimists are outweighing the pessimists when it comes to the economic outlook.

Looking to the year ahead, low interest rates, lower energy bills due to the reduction in carbon tax and falling petrol prices will deliver major savings to Australian households. In fact, at the current levels of petrol prices, the average household is saving $750 per year on energy expenditure in comparison to two years ago, which will contribute to increased retail spending. Consumer sentiment has been volatile over the past six months however we saw a rise in February and predictions are it will remain positive for the rest of 2016. Together with strong labour markets, the outlook is a positive one.

It is also predicted that the Australian dollar will continue to fall, contributing to further economic growth and stronger export volumes that will reduce the effects of lower commodity prices.

There are, however, some key risks that retailers must consider, such as the forecast continued fall in mining investment and the risk to demand, such as the contribution to growth from dwelling investment, and wealth gains from rising home prices fading.

We are particularly pleased with the development approval of Garden City, which presents an exciting opportunity for customers, retailers and investors.

The $750-million redevelopment of Garden City will include the expansion and refurbishment of department stores David Jones and Myer, two new full-line supermarkets, several large format international fast fashion retailers, the addition of a discount department store, a comprehensive casual dining and leisure precinct, a new cinema complex and a wide range of fresh food offerings.

The redevelopment will ensure the centre remains the premier retail destination in Perth, attracting the very best in international and Australian retailers that will provide Perth shoppers with a high-quality retail offering.

Across town, the redevelopment of Karrinyup Shopping Centre is set to enhance the retail, leisure, entertainment and food offer of this iconic shopping centre. Karrinyup has proven to be a highly successful regional centre, located in an affluent and well-established area 12 kilometres north of Perth and only three kilometres from the most prestigious coastal suburbs.

The centre will grow from 59,715m2 to around 113,000m2 and include 290 stores when completed. The mix of food, entertainment and retail brands will be aspirational and customised to the local climate, lifestyle and culture.

The design will allow shoppers to connect with nature via high ceilings, water features and natural timber, with a uniquely coastal feel that is elegant yet sophisticated and warm, creating a sense of luxury that isn’t flashy or superficial.

Both of the WA redevelopments are expected to provide a significant boost to the local economy and retail sector, with the centres each creating 2,500 construction roles and 2,500 retail jobs on completion. Both Garden City and Karrinyup will be mixed-use centres with retail, residential and commercial occupants, as has been the case at our recent development of Ocean Keys Shopping Centre.

The most exciting developments are still to come for Pacific Fair, with the final stage set for completion in mid-2016.

In April we will unveil the next stage to the eager public, with a premium selection of Australian designers as well as the Gold Coast’s first H&M and Uniqlo stores. The final stage will follow in the middle of the year with our much-anticipated luxury retailers and fine dining options.

When the final doors open at Pacific Fair mid-year, it will be the leading shopping destination in Queensland and the fourth-largest shopping centre in Australia. The new centre will exhibit a resort-like ambience, an innovative, light-filled design made up of a palette of natural stone and timber, complemented by lush landscapes and gently running water.

This unique design is already evident in The Patio which is peppered with tropical palms, while the design of the bathrooms in the new centre has also created a talking point for visitors, thanks to the quirky side-lit mirrors and wall decals designed by local artist Peppa Hart.

As the examples of Pacific Fair, Karrinyup and Garden City have indicated, AMP Capital’s approach to redevelopments is very much place-led. By this, we mean creating unique and authentic destinations, customised to suit the local market needs. Putting place at the heart of what we do enables us to grow the value of our centres for our investors, our communities and our customers.

Food has become an important reason for shoppers to visit our centres – not only for the essential food top-up, but also to connect with friends or recharge during a longer shopping visit. Accordingly, there has been a clear and consistent trend towards more and better food and beverage offers in shopping centres around the country.

In large regional centre sales food, and beverage outlets are up by 5.2%, and it is estimated that food outlets will soon make up 15% of the gross lettable area in Australian shopping centres as retail landlords, including AMP Capital, adapt to global trends.

Food outlets also open up the opportunity for centres to take advantage of Australia’s growing night-time economy, which can maximise sales and thereby increase rental optimisation. As an example, on Christmas Eve Pacific Fair extending trading hours to midnight and many of the food outlets performed well above expectations. Some of these retailers even suggested that they could have continued trading had they not run out of stock!

Towards the end of last year I travelled to the US and the UK to visit some of the impressive retail offerings in those markets.

While in New York, I was given the opportunity to tour the new US$1.6-billion Westfield World Trade Center, the US$20-billion Hudson Yards development and Brookfield Place; an inspiring experience that cemented the importance of placemaking and mixed use to all developments in this era.

In the UK it was very clear that the traditional ‘high street’ retail offering is going through extensive upheaval. The increase in large shopping centre developments, among other factors, has seen the erosion of traditional strip retail in many cities around the world, but is particularly prevalent in the UK. Some experts have even recommended closing down traffic on Oxford Street in London to make the area more shopper-friendly.

I was also incredibly impressed with the visual merchandising displayed by retailers in the UK, along with a number of new concept stores being rolled out, such as the new Victoria’s Secret PINK stores. The standard is exceptionally high, and there is a lot that Australian retailers and shopping centres can learn from them.

A key takeout from my trip was that AMP Capital’s placemaking strategy, and our focus on ‘creating inspiring shopping experiences’ that customers want to engage in and spend time in, will be critical to ensure the developments in our $2.8-billion pipeline are worldclass. 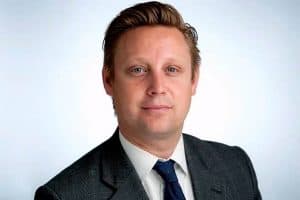 Established in 1971, AMP Capital Shopping Centres has a portfolio of 27 centres throughout Australia and New Zealand, which generates over $7.9 billion in annual sales and attracts more than 158 million visitations annually. AMP Capital Shopping Centres employs a team of 300 professionals and has around 3,500 retailers. Its expertise includes property and asset management, property development, leasing, marketing, research, placemaking and retail design. AMPCSC’s purpose is to create inspiring shopping centre experiences for all its stakeholders and to be a world-class property and development team, delivering significant value to its clients.